“The Other Education began in the hearts and thoughts of our communities, where we spoke out to demand education. We decided to create this new, autonomous education so that we can teach and learn in our own language, with our own culture and traditions.” – Zapatista Education Promotor

Over the last twenty years, a unique and alternative education system has emerged in some communities of the the Mexican southeast. These community-controlled, autonomous schools are part of the efforts of the indigenous Zapatista Movement in the state of Chiapas to build a new and better world.

To return to our beginnings, imagine yourself sitting in a tiny shack in the Zapatista center of Oventic in the early days of 1997.

“We accept your proposal,” explained the Zapatista leader, as Schools for Chiapas participants sat in a simple, rustic structure in the chilly highlands of Chiapas. “The school you will help us build will be at the bottom of this hill, and it will be a center of learning dedicated to saving the planet.  It will have dormitories for 200 girls and 200 boys, six classrooms, a large library, a kitchen and dining hall, as well as housing and work space for our teachers, or as we prefer to call them, “education promoters.”

After overcoming our initial surprise at the unexpected size and significance of the project, we successfully gathered enough funds to help build that first autonomous educational center. Schools for Chiapas began to understand that education in Zapatista communities is not confined to the classroom: teaching and learning takes place in the health centers, in the women’s cooperatives, and most significantly out in the fields of the traditional Mayan corn field, known as the milpa.

Mayan children in hundreds of autonomous communities throughout Chiapas now attend schools such as this one. Prior to the Zapatista uprising, indigenous communities were provided with a substandard or no education, much less  teachers materials in their own languages. Now, children attend schools which are child-centered, and administered by the independent regional governments of the Zapatistas. They are staffed by inspiring women and men volunteers who are known as “education promoters“. These promoters are valued members of the community, chosen for their commitment and participation. 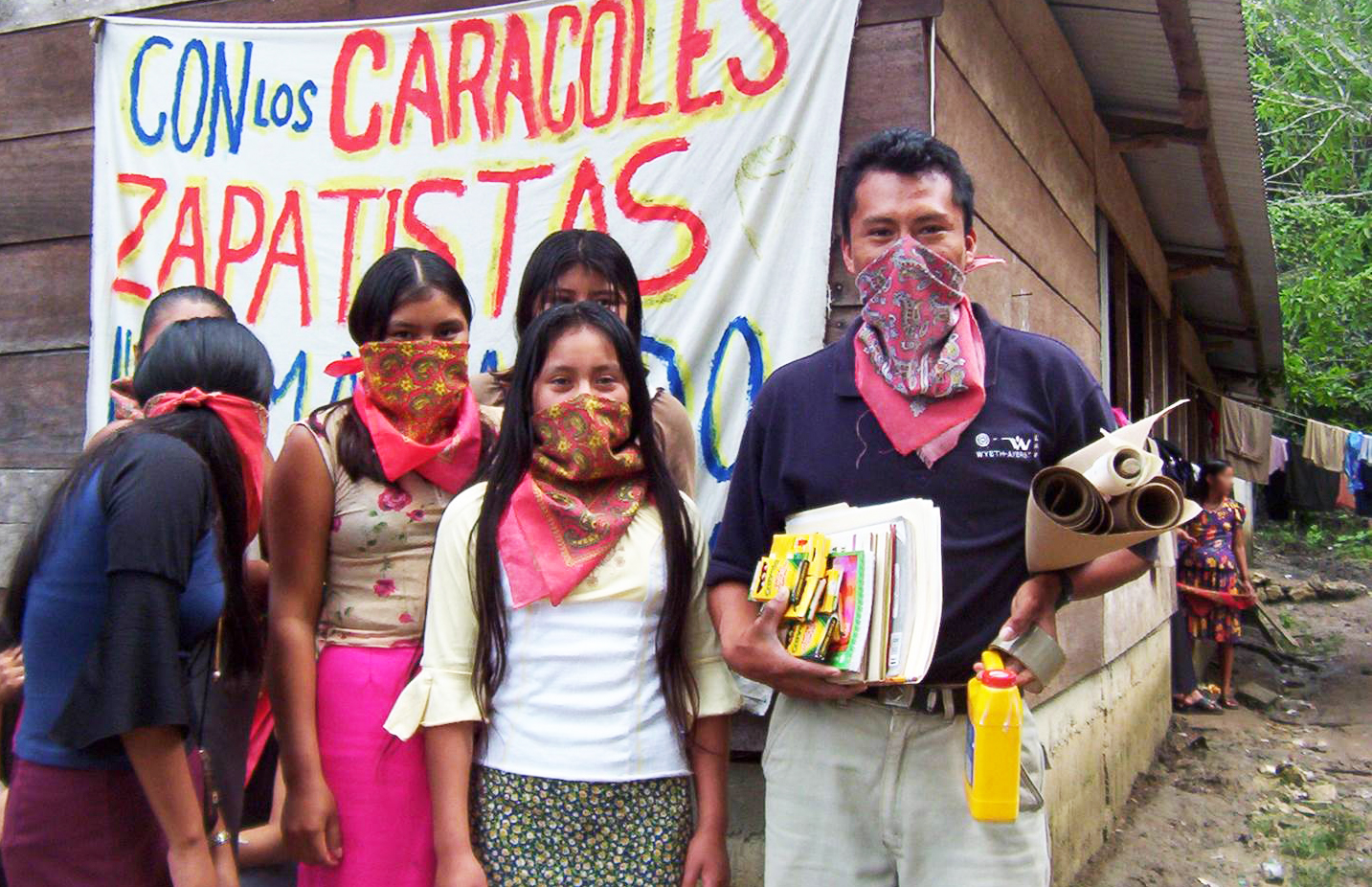 Since 1996, Schools for Chiapas has provided financial support for building Zapatista schools in Chiapas, Mexico. In addition, we have offered practical support for these alternative schools in the form of teacher workshops, teaching materials, and moral support. Without accepting any government or corporate funding, Schools for Chiapas connects hundreds of small donors, especially teachers and students, from many countries in a concrete program of international solidarity and good will.

Please join us in working with the Zapatistas to make a new and better world by sending a Gift of Change in support of Zapatista schools in Chiapas, Mexico.