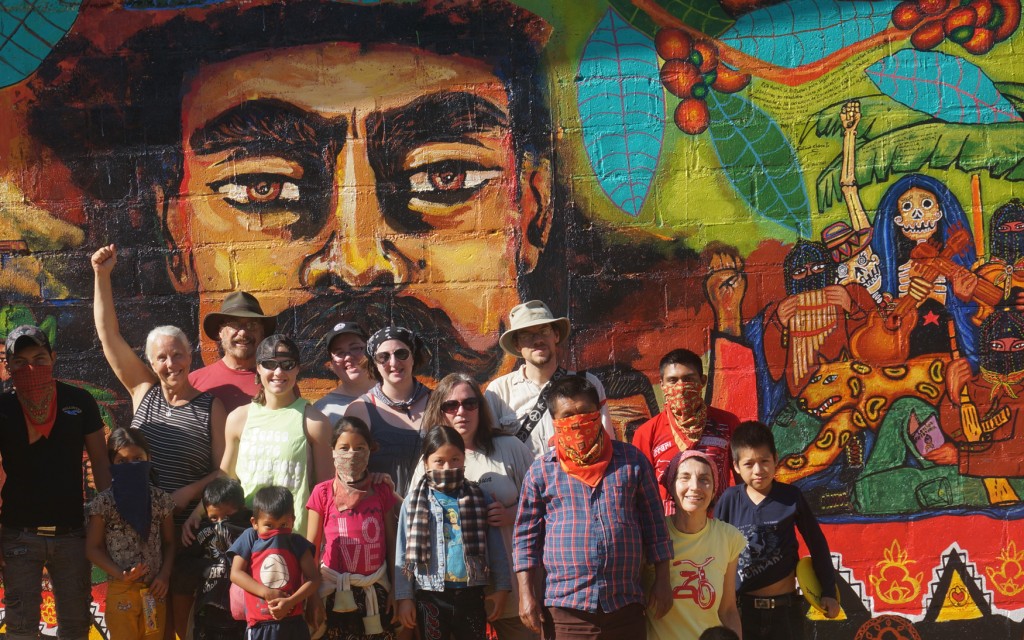 For the last twenty years Schools for Chiapas has lived, grown, and learned alongside the autonomous Mayan communities of Chiapas, Mexico.

Today, Schools for Chiapas actively supports projects in four key areas defined by Zapatista communities as being high priority: autonomous education and schools, community health, sustainable ecological agriculture and women’s empowerment. in southeastern Mexico. Schools for Chiapas is also working to promote creative teaching about the Zapatistas in English language, public schools.  In order to support this goal, we are building a free, English language online “Library” with lesson plans and original documents for teachers, parents and students.

Our work is an expression of global solidarity with the goal of making the world a better place for us all.  Projects are based upon the explicitly-stated needs of the autonomous Zapatista communities and the decisions of an international network of peoples of conscience.

Beginning in 1994, the original and founding members of the organization became involved with the Zapatistas from their homes in North America and South America and Europe. Some demonstrated outside of Mexican embassies, other used language taken from the internet communiqués of the indigenous rebels in Chiapas, to create a performance piece entitled “Yo Soy Zapatista” and were subsequently invited personally by Subcomandante Insurgente Marcos to participate as observers in the first meeting between Mexican civil society and the Zapatistas in mid-1994, called the National Democratic Convention. In 1996 Schools for Chiapas was officially born during a meeting called “The First Intergalactic”, the first large gathering between the international community and the autonomous Mayan communities. 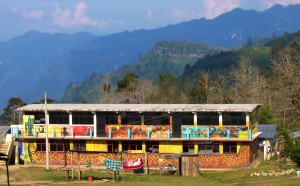 Schools for Chiapas began as an effort to raise funds to construct one Zapatista school in one Zapatista community. The organization was involved in the first ever Zapatista school construction project located in the highlands civilian center of Oventic, Chiapas. This first autonomous secondary school was designed and built by volunteers from dozens of small communities in the highlands, and is still today educating and training Zapatista students from all over Chiapas, many of whom work now as “promotores” (teachers or facilitators) in the autonomous health, education and agricultural systems.

In the following years, Schools for Chiapas participated in the construction of a number of new schools in different civilian Zapatista centers. The organization’s first website was launched, along with a campaign called Mother Seeds in Resistance which is in opposition to the introduction of GMO corn into Chiapas. The international education programs were formalized and expanded. During this time, one of the coordinators of the organization (Peter Brown, a public school teacher from San Diego, CA, USA) was deported from Mexico for his work in Schools for Chiapas. His legal challenge to his deportation, over a period of 30 months, ended in a victory that ultimately affirmed the legality of Zapatista schools under the Mexican constitution, and consequently the right of national and international volunteers to support these schools. 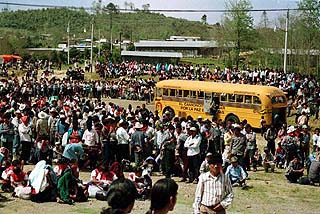 In 2001 the Zapatistas marched on Mexico City in an event they called the “March of the Color of the Earth” and Schools for Chiapas began a project called “The Little Yellow School Bus for Peace in Chiapas”. The bus made four trips between the United States and Mexico, stopping at the homes of supporters and other solidarity sites to teach about Chiapas and participate in a series of actions and demonstrations.

Schools for Chiapas is neither a traditional non-governmental organization (NGO) nor is it affiliated with any government, religion, or business interests. The organization was founded during the mid-1990s by a group of people searching for ways to make the world a better place and to create a world where all worlds fit. The organization’s international work is focused on financially supporting Zapatista educational projects and other initiatives, while the solidarity efforts at home emphasize educating people about the realities of autonomy and the accomplishments of this now 20-year-old movement.