Mexico celebrates its independence from Spain every September 16 with a wildly popular national holiday featuring massive displays of flag-waving patriotism and great parties. Zapatista schools and communities in Chiapas wholeheartedly participate in these national patriotic activities.

September 16 is the anniversary of “El Grito de Dolores, a speech made in 1810 by the catholic priest, Miguel Hidalgo y Costilla, in the town of Dolores located near Guanajuato in the center of Mexico.  Hidalgo’s speech urged a “resistance” to the “bad government” and helped ignite a process which finally led to the “Declaration of Independence of the Mexican Empire” on September 28, 1821.

and performing plays about the historic events leading up to Mexico’s independence from Spain.  Marches, parties, and family feasts are the order of the day.

On the evening of September 15 fireworks displays paint the skies above Mexican towns in the three colors of the flag; especially in the capital where the president himself reenacts the historic “Grito de Dolores” before hundreds of thousands of flag-waving citizens in the Zocalo, the central plaza of Mexico City.  Millions of Mexicans from every political, religious, and social sector, also watch the president’s “grito” on television on the evening of September 15.   The patriotic holiday celebrations last late into the night and continue through September 16 when everything grinds to a halt throughout Mexico.

Mexican communities around the world also celebrate the brave actions of Father Miguel Hidalgo on September 16, and practically every Mexican restaurant on the planet decks itself out with Mexican flags and holds an Independence Day feast.

Perhaps we can all joyfully find ways to share this revolutionary holiday with our families and neighbors wherever we live.  Certainly, teachers, especially those whose classes include Mexican students, should acknowledge and teach about this important date in history.

Click here and see below for a few teaching and learning suggestions related to Mexican Independence Day, September 16!

Resources for teaching about El Grito and Mexican Independence Day 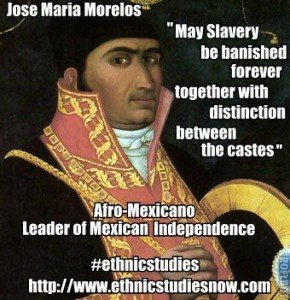 Infographic: This straightforward visual gives a background to “El Grito” and details of the main protagonists in the drive for independence.
http://visual.ly/mexican-independence-day

Children’s Book (corrido that can be used as a poem) and Lesson Plan:
http://www.read4free.net/pdf/EG01e1v1p4ctPIsUSRhEN.pdf