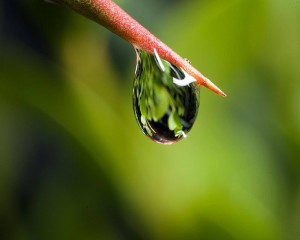 The downpour begins with a single drop.

The large and profound crises, those that happen from time to time but are a parting of waters, can create long-term anti-systemic movements, in other words, movements that are not exhausted in mobilizations that, as numerous as they may be, are necessarily ephemeral. Movements, to the contrary, endure, they don’t vanish with the passage of time, are capable of transcending junctures and they adopt their own push, which takes them much farther than what the inertias of the moment can.

Profound crises break barriers and the partitions constructed by those above to separate the different belows into watertight compartments, as a way of impeding the convergence of rebellions. Only during crises are those overflows produced that put in contact movements born in different periods, among diverse sectors of society, in varied geographies and in heterogeneous pains that, at those precise moments, recognize and embrace each other.

On November 15, relatives and compañeros of the 43 disappeared in Ayotzinapa went to the Oventik Caracol to meet with the EZLN, as part of the caravans that toured the country. In the moments of greatest pain, they were in search of their equals, where they found listening and respect. “We sought them out because we know their political position and their forms of work,” they said.

I feel that the words of the (Zapatista) general command in the voice of Subcomandante Insurgente Moisés deserve to be read carefully, because they are born from the heart of one of the most transcendent contemporary movements. They sum up collective wisdom accumulated during three decades by the Chiapas rebels that, in turn, incarnate five centuries of resistances against colonial domination and the most consistent determination for creating a new world.

Collectives in many places in the world are now debating the words of the general command. Three questions seem to me necessary to emphasize, although it is certain that the thousands that discuss them will encounter more and better arguments in the Zapatista text.

Pain and rage, converted into active dignity, create movements. They are the nucleus “that start moving everything,” Moisés said. Rage, rebellion and resistance that contrast with debates about tactics and strategies, programs, methods of struggle and, of course, who will lead. That is what’s first. Without that, there is nothing, in place of more theoretical musings that they practice, in place of more discussions and rational analysis that they manufacture. The rebellions, the revolutions, large movements are born of rage, the motor of all struggles and collective dignities.

It is organized rage, made dignity, which impedes that rebels end up selling out or giving in, in a world where the rational calculation says that it’s best to adapt to the reality, to accommodate to the most above as you can, because conquering the powerful is almost impossible. It’s rage (bronca, we say in the south) that can make us step over the threshold of the impossible; not the program or the lucid academic analysis that, however, are useful to rage, but never substitute for it.

The second question to emphasize is from those marvelous words and wise paragraphs where they shelled their own history: the abandonment of 99 out of every 100 of those that approached them in moments of euphoria, until remaining only one, indispensable precondition so that “something terrible and wonderful” happens: discovering that there are millions like that one. That is rebel wisdom, which one can only learn by experiencing it. One who has not been alone, cannot discover themselves in others, cannot continue forward against wind and sea. It is the story of Zapatismo.

It is the story of Olga Arédez, Mother of the Plaza de Mayo, who for years walked around and around the plaza, alone, demanding the appearance of her husband alive, and faced the indifference of her neighbors of Ledesma, a people intimidated by the family that owned the sugar mill. She had all that dignity in her fragile body to continue, in solitude, walking around and around the plaza, until piercing the fear of her neighbors. Thanks to her stubborn persistence the owners of the Ledesma sugar mill were judged. They had provoked blackouts during which the army disappeared 400 social and political militants. The oligarch Carlos Pedro Blaquier, owner of the mill, was indicted. 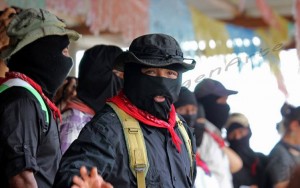 The third is time. “It will not be easy,” Moisés says. “It will not be quick.” What’s easy and quick is to create an electoral party, as some de-colonial academics colonially recommend. It is the way for “the masses to open the path to power,” as the comunicado read in Oventik says. There is no magic capable of converting rage into votes without turning it into merchandise, an object exchangeable for other objects in the marketplace of institutional politics; demonstrations in exchange for big arm chairs; entire organizations that negotiate for positions, and so on.

Only time has the ability to settle things, of making the survivors of a cycle of struggles connect with those that are starting new fights. The history of those below is plagued with rebellions and revolutions. Individuals and collectives appear in them that persist beyond the moment, the militants. Among them, and that also teaches us history, they often recruit the members of the new elites or dominant classes.

The challenge is that those militants won’t sell out or put down their arms for a position, but also that they obey the people, and that they don’t govern alone. After a fistful of “triumphant revolutions” throughout almost a century, this is a larger challenge that we continue confronting. That is what the general command’s text deals with. Zapatismo challenges Robert Michels’ “iron law of the oligarchy,” which asserts that a minority will always govern, that all organization becomes oligarchic.

That explains why the politicians of above hate them and why those below that resist take them as a reference.