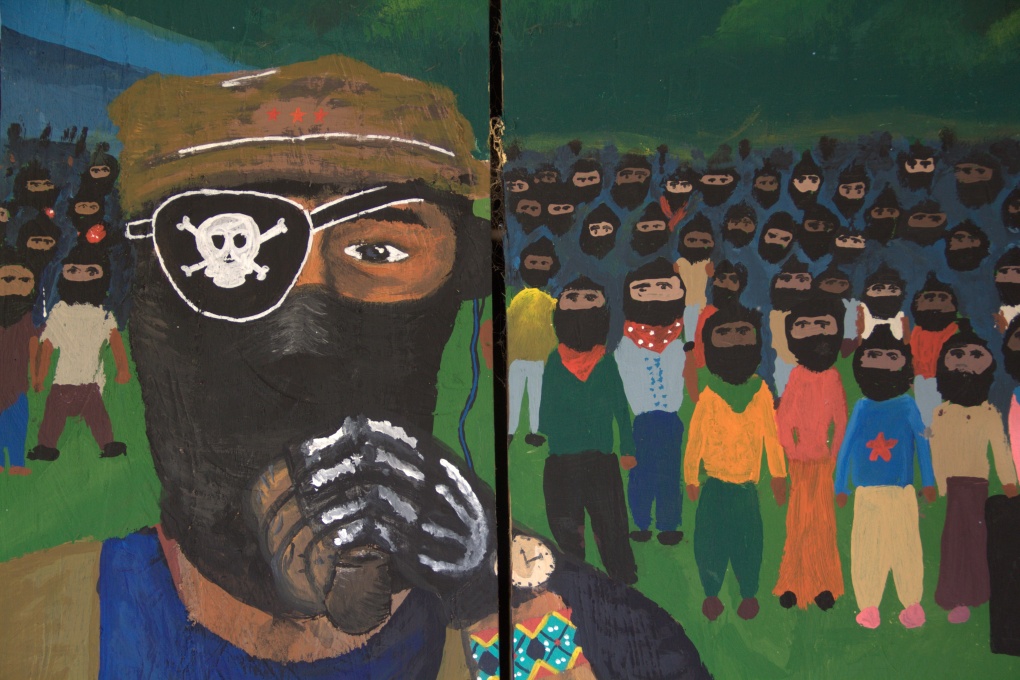 For us, Zapatistas, the compañero teacher Galeano epitomizes an entire anonymous generation within Zapatismo. Anonymous to those on the outside, but for us, the fundamental protagonist in the uprising and in these more than 20 years of rebellion and resistance. It is a generation that, as youth, was part of the so-called social organizations and therefore knew of the corruption and deceitfulness that nurtured their leaders. This generation prepared itself in secrecy, rose up in arms against the supreme government, resisted the betrayals and persecutions alongside us and guided the resistance of the today’s generation… 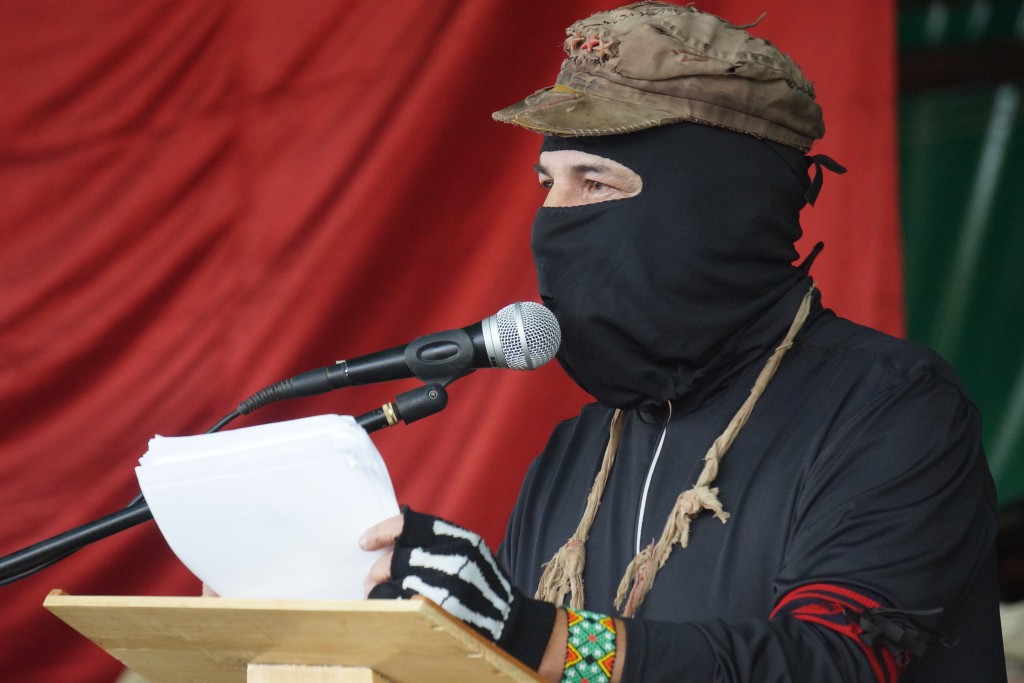 My name is Galeano, Subcomandante Insurgente Galeano. I was born in the small hours of the morning on May 25, 2014, collectively and quite in spite of myself, and well, in spite of others also.[i] Like the rest of my Zapatista compañeras and compañeros, I cover my face whenever it is necessary that I show myself, and I take the cover off whenever I need to hide. Although I am not yet one year old, the authorities have assigned me the task of posta, of watchman or sentinel, at one of the observation posts in this rebel territory. 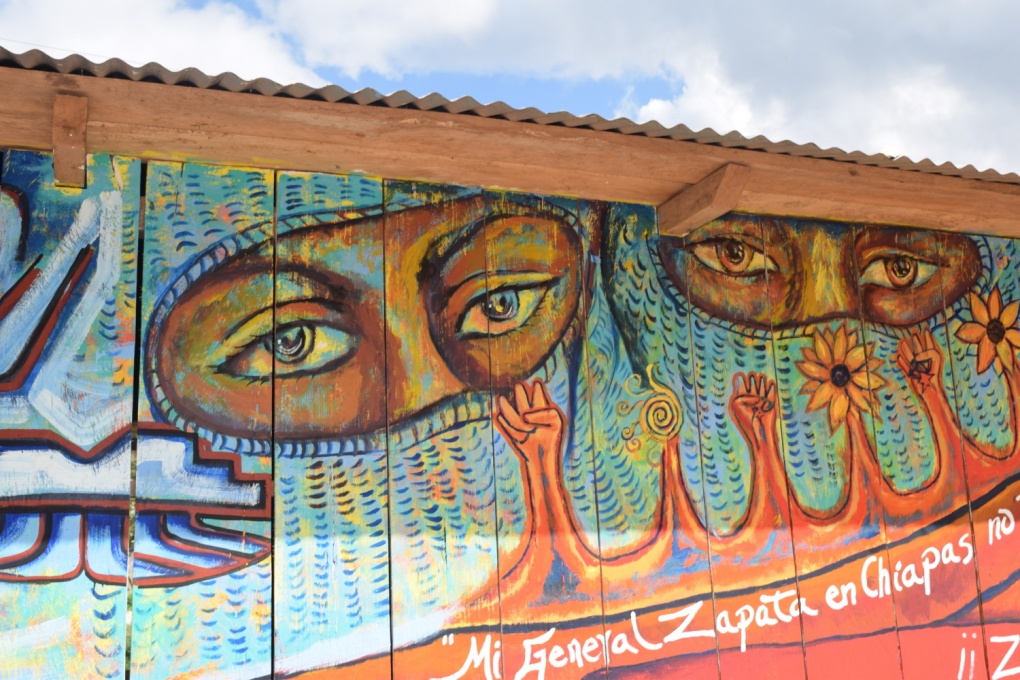 Bilingual and detailed descriptions of murals painted on and around the rebuilt school and health clinic of Galeano in La Realidad, Chiapas, Mexico during Easter week 2015 by a multinational team of volunteers organized by Schools for Chiapas. About 40 people traveled with Schools for Chiapas / Escuelas para Chiapas from 12 countries to join with the community of La Realidad, Chiapas in producing a mural for Jose Luis Solís López, also known as Galeano, the Zapatista teacher who was murdered on May 2, 2014. Our “Artist in Resistance” was Gustavo Chavez Pavon aka Gushepe who taught and animated everyone to climb amazing mountains of creativity. We came from the following countries: Australia, Brazil, Columbia, Denmark, Germany, Japan, Mexico, Sweden, Switzerland, Turkey, United States, and Uruguay Mas fotos / more photos: http://woocommerce-180730-527864.cloudwaysapps.com/multimedia/galeanos_mural_in_la_realidad/ 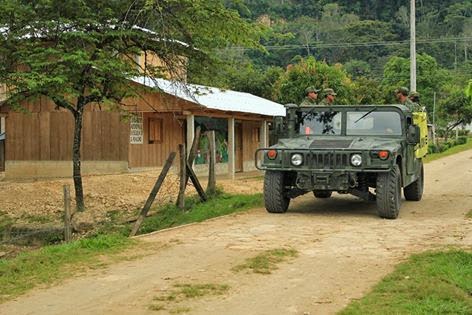 As the Zapatista movement prepares to carry out a series of creative and energetic new initiatives, Schools for Chiapas is mobilizing to paint a mural on the women’s center building and at the playground of the new autonomous school and health center dedicated to the fallen Zapatista teacher Galeano in La Realidad, Chiapas, Mexico.

Volunteers from 12 countries will joyfully spend their Easter vacations painting with Schools for Chiapas in this rainforest Zapatista center which has been the site of increased military surveillance and continued paramilitary threats. (Click her for a Spanish language report from Fray Ba) At the same moment the Zapatistas have announced another round of The Little Zapatista School of Freedom in August and several gatherings in Chiapas for Mayday 2015. 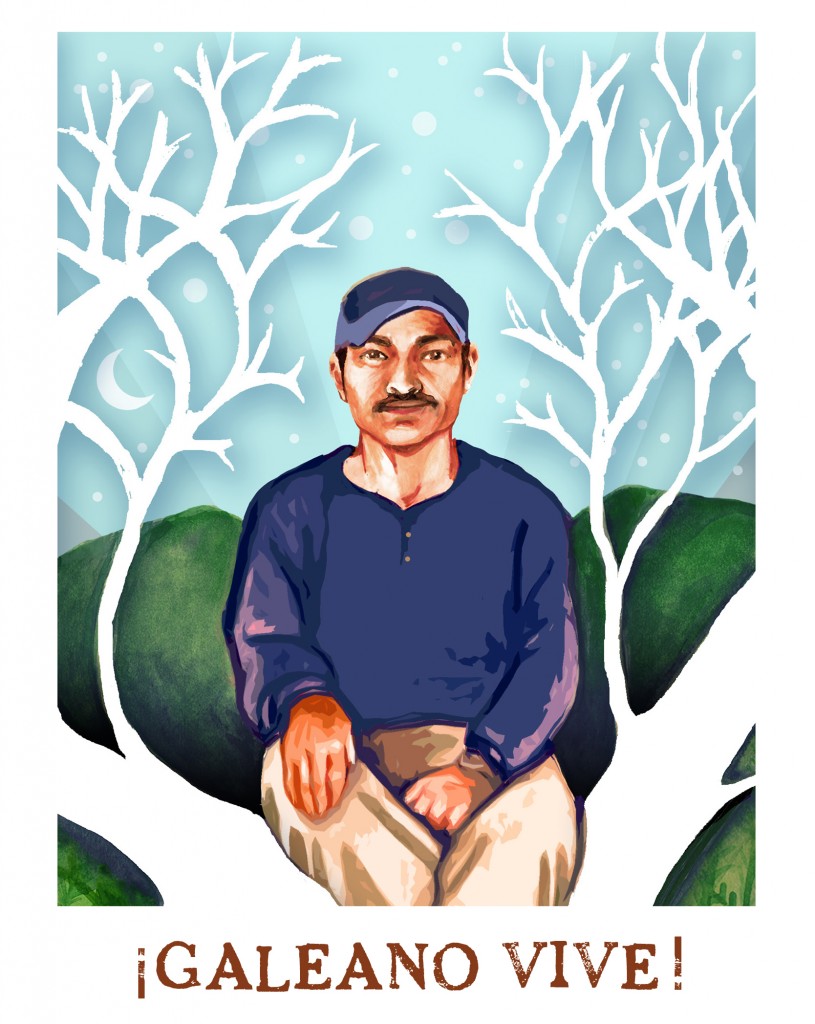 The murdered Zapatista teacher Galeano has become an respected and honored, almost iconic, figure in the songs and stories of the Mayan peoples of Chiapas, Mexico. This spring, his memory will be reborn
in the vivid colors and powerful images of Mexican muralism. Join us in Chiapas, or below and on the left in your heart of hearts, to make this amazing project possible!